Dweller at the Threshold

Prelude to a Curse

"Where have you come from?” the LORD asked Satan. Satan answered the LORD, “I have been patrolling the earth, watching everything that’s going on.” Job 1:7 (NLT) 😇✝️🙏

The following was originally posted on January 4, 2020. It has been reposted here in it's original form:

OpDemonTracker's main sections are located at Facebook, Tumblr, Paper.li and Google. It is supported in part by Scoop.it and by the following elements from Guantanamo-on-the-Styx at the Fixed Cross: Oya | M-6, Operation Hyacinth, Operation Fukushima and PSYOP.

Operation Demon Tracker / OpDemonTracker is designed to track evil influences, also known as demonic influences, wherever they may appear.

OpDemonTracker is maintained by the Priest at the Temple of Shiro from the Living Shrine of the Cosmic Christ.

I am known as [Apollyon] of Shiro. I use this blog to communicate to souls through the Phenomenal World called the Internet, to the farthest corner of the Mundane World where people walk the streets in real time.

Demonic influences can take on a number of forms. Most common are the icchantika, or incorrigible sinners. Icchantika is a name of Buddhist origin. An icchantika is the equivalent of an unrepentant sinner who is Christian.

There are also the Demoniacs. Demoniac is a Hindu term that signifies an evil individual who is comitted to making trouble for members of the Meek.

In a blog entry entitled, 'The Heretic in the Oval Office', posted on June 18, 2019 at Guantanamo-on-the-Styx, Priest stated, "So long as Heretic in the Oval Office does not repent and atone for the tear-gas attack on unsuspecting, peaceful civilians at St. John's Church in Washington DC, and for the act of Sacrilege he committed shortly thereafter; everything he values, his greed (Behemoth), his misogyny (Asmodeus), his desire to destroy families (Zophos) and his bold-faced lies (Belial) will become his burdens."

The Agents of Behemoth occupy Vector One at the M-7 precisely because they are the most wanted of all demoniacs and were the most difficult to identify. Grifters, inside traders and the parasites of corporate personhood are all patrons of greed. Their evil helps other evil influences to thrive. Their greed makes is a liability to the rest of us.

Three days later, on December 18, 2019, Behemoth went to Gold Medal status. Gold Medal status is the highest rating a vector can reach and is indicative of high traffic. In other words, we have our adversary in our sights.

At this writing, it has been determined that Behemoth (Greed) is the most clear and present threat to the Meek. The Heretic in the Oval Office found many ways to deploy the Agents of Behemoth.

They are called the patrons of greed because greed thrives in the minds of vultures & corporate parasites who want to possess that which they should not have, who want dominance over the Meek no matter what, hoarding resources so the Meek can't access them when in need. That makes their greed a liability to the rest of us.

In 2021, the search for backstabbing, two-faced grifters and the parasites of corporate personhood will continue as we pursue the Agents of Behemoth: The Patrons of Greed."

The next cosmic confluence is scheduled for February 5, 2022, but at Shiro we are hard at work, so updates will happen. Until next time, have a blessed day. 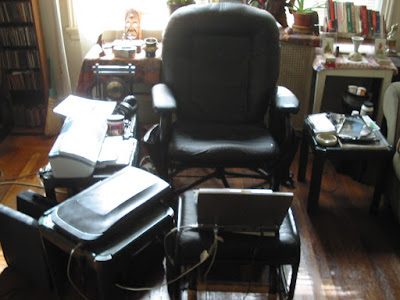